This week, Canada is celebrating the 35th anniversary of the Canadian Charter of Rights and Freedoms, a critical part of our Constitution that has become a symbol of national pride and a cornerstone of Canadian identity.

The Charter’s purpose is to protect the fundamental rights of people in Canada. Over the past 35 years, those who are the most marginalized have used the Charter to change laws, policies and programs which violate rights like equality, security of the person, and freedom of expression. For example, the Charter has been used to assert reproductive rights; equality rights of the LGBTIQ2S community; linguistic rights for Francophones outside of Québec; and many other marginalized groups.

After three and a half decades, the Charter has brought a lot of progress to Canada. This leaves us wondering, how has it met – or failed to meet – the needs of people in Canada living in poverty?

The answer is that the Charter has in some cases, done a good job in protecting the rights of the 4.9 million people in the country living in poverty. For example in the Victoria v. Adams case, a group of people experiencing homeless were required under a city by-law to vacate a tent city in one of the city’s urban parks where they had been living. When members of the tent city community challenged the by law under Section 7 (which is life, liberty and security of the person in the Charter), pointing the need to prevent the negative health and safety effects that the bylaw would have on those living in poverty, the courts struck down the law.

But the rights of people l 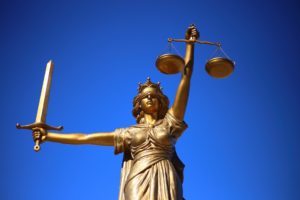 iving in poverty under Charter have only come so far. In fact, in court decision from the Ontario Court of Appeal a couple of years ago, it was determined that persons in poverty couldn’t even use the Charter to assert their right to housing.

Here’s what happened: in Tanudjaja v Canada, four individuals experiencing homelessness, and one institutional applicant, brought a claim under section 7 of the Charter to challenge the government’s inaction in addressing homelessness and inadequate housing. They also argued that the Section 15 equality rights of those who are disproportionally affected by poverty, such as women, Indigenous persons, and single mothers, were being infringed by the government’s failure to address the economic and housing deprivation that they were particularly vulnerable to.

In this case, the court ultimately decided that this issue was not justiciable – in other words, the court determined that they weren’t even able to hear the case. Despite the fact that 9,000 pages of evidence were file by the applicants, the court didn’t even look at these documents, they decided instead that decisions about laws, policies and programs should be left up to politicians, and that people in poverty don’t get to use courtrooms to argue for their right to an adequate standard of living.  Here’s the big problem with this decision: if neither the legislature nor the court is doing enough to secure these rights, who’s going to step up? How do people in Canada exercise their right to an adequate standard of living?

The Charter serves as a domestic guideline for human rights in Canada – but as a country, we also have international obligations under the treaties we have signed and ratified, like the Covenant on Economic, Social and Cultural Rights, which requires governments in Canada to protect and fulfill the economic rights of all people. These international documents are critical, they connect us to the larger global community – and should be used by judges to understand our Charter. As Justice L’Heureux-Dubé said in the Baker v. Canada decision, human rights are “a critical influence on the interpretation of the scope of the rights included in the Charter.”

We have the tools. We have international covenants, a strong Charter, and a population dedicated to the rights of the most vulnerable. As we move into towards the next anniversary of the Charter, perhaps it’s time for our courts to step up and consider the question: how do we ensure that those who are the most vulnerable, those living in poverty, are able to exercise their rights and freedoms?

This blog post was written in collaboration with Konica Kochar, a Placement Student at Canada Without Poverty through the Pro Bono Students Canada program. She is completing her Juris Doctor in the Common Law program at the University of Ottawa.