Underfunded and deprioritized: discrimination in the federal government’s PMMC grant

The federal government recently overhauled the Federal Income Support for Parents of Murdered or Missing Children (PMMC) grant, a grant for parents dealing with the traumatic disappearance or death of their child if it results from a criminal offense.

The recent changes reflect an effort to be more inclusive and flexible so that a greater number of grieving parents can access this kind of support. These changes are long overdue, as this grant has been underutilized since it was created in 2013. As of April, the government has only paid approximately $400,000 of the $53 million available, less than 1% of the total budget.

This fall, the grant will become the Canadian Benefit for Parents of Young Victims of Crime and will seek to: increase the weekly grant amount from $350 to $450; change the age limit of the young victim from under 18 to under 25; extend the period in which recipients can receive the grant from 52 to 104 weeks; allow recipients to work up to 50% of their regular work week and still receive the grant, and finally; eliminate the requirement that parents, whose child is under 14 years old, declare that their child was not a willing party to the crime.

These reforms are based on some of the recommendations of the Federal Ombudsperson for Victims of Crime, Sue O’Sullivan, who published a systemic review of the PMMC grant last year. While these reforms are long overdue, the federal government’s decision to subject grieving parents, whose children are over 14 years of age, to the “willing party” criterion is disappointing. In her report, O’Sullivan concluded that the term “willingness” is vague, unmeasurable, and ultimately blames the victim by making the parents accountable for their child’s death. According to the report, this criterion should therefore be removed altogether. 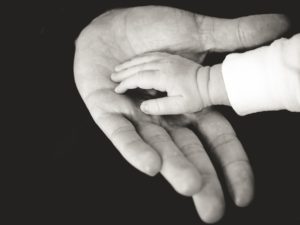 The “willing party” criterion is particularly problematic because it discriminates against Indigenous people, who are disproportionately in conflict with the law due to the legacy of colonization and institutional racism. Pam Palmater, the Chair in Indigenous Governance at Ryerson University, argues that child welfare for Indigenous people is indisputably a pipeline to prison. An alarming two-thirds of Indigenous people in prison were involved in the child welfare system. Indigenous children are often placed in foster care due to structural factors such as poverty and inadequate housing – 4 out of every 5 Indigenous reserves have median incomes that fall below the poverty line. When Indigenous children are placed in the child welfare system because their families are poor, they are removed from familial, communal and cultural supports, and have a greater risk of depression, post-traumatic stress disorders and conflicts with the law.

With over 4000 missing and murdered Indigenous women and girls in Canada, and only approximately 1181 known cases, the parents of Indigenous women and girls are disproportionately impacted by the traumatic disappearance or death of a child. However, grieving Indigenous parents may be discouraged from applying for this benefit because of the requirement to declare their child was not a willing party to the crime leading to their death.

The federal government’s refusal to remove the “willing party” criterion reflects their failure to address institutional racism and the ongoing legacy of colonization. If the federal government is truly committed to reconciliation then it must act now to remove this barrier altogether so that Indigenous families have greater access to this grant.

Roshney Kurian is the CSJ Research and Community Engagement Associate at Canada Without Poverty and a student in the Carleton Bachelor of Social Work program. Natalie Appleyard, interim Socio-economic Policy Analyst at Citizens for Public Justice, assisted on this piece.